In anticipation of the release of Sea Panther on March 20th, a sneak peek at the opening...

Robert MacLachlan licked the corner of his mouth where a droplet of blood lingered. A precious taste. Rich on the tongue yet bitter to swallow.

He paced the deck of Sea Panther, his ninety-foot, black-hulled sloop, allowing self-loathing to course through his veins along with the woman’s blood.

“Cursed fool.” He smacked a palm against the cabin top. Coming on deck hadn’t eased his torment. Not even the briny tang of the sea breeze soothed him.

Dawn neared. He retreated below to the sanctuary of his cabin. Only on this sunrise a lass remained sprawled across the bed. His stomach clenched when he slid his gaze over the naked woman lying so still on the bunk. He curled his hands into fists, disgusted by his gluttony. Having gone too long without feeding, he’d taken too much blood. Her ashen skin, a stark contrast against the deep green velvet coverlet, provided a painful reminder of the monster he’d become.

Though his hunger was fully sated, the faint pulse at the woman’s neck beckoned Robert forward. He gritted his teeth against a wave of bloodlust. A compulsion to finish, drink the last drops of her essence, drove his fist into the wood above her head. “Satan, take me.” 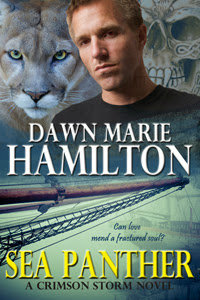 Can love mend a fractured soul?
After evading arrest for Jacobite activities, Scottish nobleman Robert MacLachlan turns privateer. A Caribbean Voodoo priestess curses him to an eternal existence as a vampire shifter torn between the dual natures of a Florida panther and an immortal blood-thirsting man. For centuries, he seeks to reverse the black magic whilst maintaining his honor. Cruising the twenty-first century Atlantic, he becomes shorthanded to sail his 90-foot yacht, Sea Panther. The last thing he wants is a female crewmember and the call of her blood.


I'm really excited to share Kimberly and Robert's story.
~Dawn Marie
Posted by Dawn Marie Hamilron at 12:00 AM No comments:

Another sneak peek into Just Beyond the Garden Gate. Today's post is from page 204. Elspeth is telling a ghost story...

Elspeth giggled, leaned close and cupped a hand over her mouth as if to share a secret. “The old folk say Rothesay Castle is haunted by the ghost of a lady.”

“Aye. They say she stabbed herself after Norseman slaughtered her family, preferring death rather than submitting to a forced marriage with a barbarian.”

“Aye ’tis. I heard the lady’s apparition often is seen on the stairs behind the chapel. And Jonet told me one time they found fresh blood on the stairs that couldn’t be explained.” Elspeth made a disgusted face. Then taking Laurie by the arm, she smiled broadly as if she hadn’t been talking about ghosts and blood and suicide.

They linked arms and strolled to the boats, chatting about the absurdity of the tale. 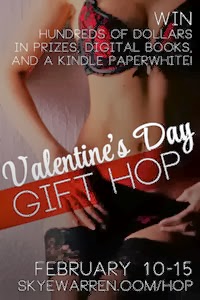 Welcome to the Valentine's Day Gift Hop. I love holidays. Don't you? They provide an excuse to decorate the house in a different way. The Month of Love is one of my favorites. I get to drape the house in red. Tablecloths, placemats, and napkins—all red. Heart clings on the windows. Heart-shaped candles on end tables. Throws with heart designs in the weave tossed on chairs. Strings of lights and red poinsettias left from Christmas.

Now, light the candles for ambiance. Let's play soft music. Open a bottle of fine red wine. Snuggle before the fire and kiss that hunky Highlander husband or boyfriend.

Romance is in the air. Pass the chocolates.

Do you decorate for Valentine's Day? Do you have special plans? 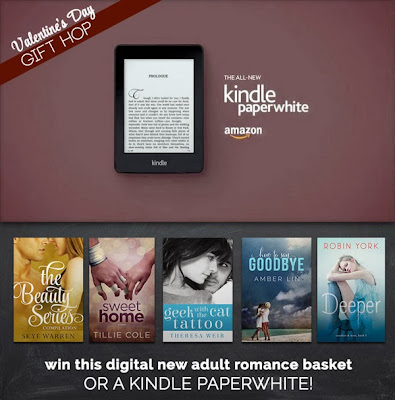 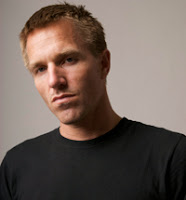 Before continuing with the hop, consider helping me select a cover for the soon to release paranormal romance Sea Panther. I'm giving away an autographed pre-release trade paperback copy. Cast your vote here.


Thanks for stopping by. Happy Valentine's Day!
~Dawn Marie

Hop to the Next Blog:

Another sneak peek into Just Beyond the Garden Gate. Today's post is from page 179. Munn is unhappy with the wedding plans...

Munn gazed out across the loch. The water was calm tonight, a contrast to his circling thoughts.

“What was he to do?” he grumbled, forgetting to mute his voice.

One of the warriors shot a look in Munn’s direction, furrowed his brow, and returned his gaze to the shadows beyond the walls. At any other time, Munn would have fun and spook the guard. Tonight he had a dilemma. The MacLachlan planned to wed the woman from the future.

Munn couldn’t allow it to happen. Although she seemed to care for the chief, he must stop the match. But how? If they consummated their marriage, his vow to Oonagh would be broken. The queen would condemn him to an eternity entrapped within the Sands of Time.

A punishment far worse than the most tortured death.

Torn between his loyalty to Patrick and to his vow to the queen, Munn sadly shook his head. He needed to do something soon, betray his chief or break his vow.

Vote on a Cover for 'Sea Panther'

And the winner of an autographed pre-release print copy of Sea Panther is ANONYMOUS!

Thank you to everyone who stopped by to vote.


I need your help.

Sea Panther is a paranormal romance.

The cover faeries tsked my first choice for the cover of Sea Panther. So I decided to run a poll. Please help me pick a cover by voting for your favorite from the three mocked-up versions below.

Let's make this a poll and a giveaway drawing. I'll gift an autographed pre-release trade-paperback copy of Sea Panther to one lucky voter as soon as the first books are printed. Please include an email address with your vote in the comments section if you wish to be considered for the gift paperback.

Which cover makes you want to read the blurb?

Thanks for your help! 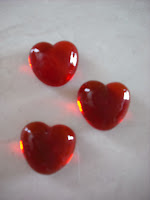 In celebration of the Month of Love, Highland Gardens
(e-books) Book 1 and Book 2 are 20% off at most e-book retailers for a limited time. Why not hug a Highlander for Valentine's month?

Here is another sneak peek into Just Beyond the Garden Gate. Again, I selected an excerpt by randomly opening the book. Today's post is from page 177. Caitrina has been summoned by the queen of the fae…

Caitrina stood in the shadow of the garden wall, unseen by the lovers. If she possessed a one-hundred-percent mortal heart, she’d be gushing over the scene playing out before her eyes. As it was, with a halfling heart, she remained merely amused.

She believed from the beginning, she’d win this round, the next, and the next. The only requirement remaining to complete this match was for the MacLachlan chief to plant his seed. Considering the testosterone he threw off, the carnal joining would happen soon.

Caitrina tasted freedom on the wind. It wouldn’t be long. Her royal status would be restored along with the right to return to Tir-nan-Óg.

Suddenly, an unexpected tingling skittered across her skin, warning of fae activity. Something was wrong. She held motionless, sensing a power surge surround her. One second, she watched Patrick kiss Laurie. The next, she was in the queen’s antechamber.

The disoriented sensation from the unexpected realm-hop passed quickly and the nausea subsided, but trepidation built. Many human centuries had trudged by since she visited the palace. The last had been the awful day of her banishment. Now she found herself summoned by the High Faerie Queen.

The large room was much the same as she remembered. Silver columns and crystal walls, brilliant sapphire gemstones in cut-glass bowls, luxuriant royal blue velvets and silks draped about, all to enhance the silvery splendor of the high-queen.