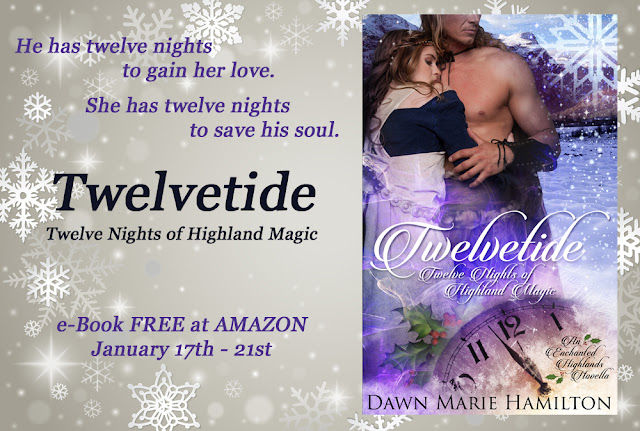 
Caelan Innes awaits her arrival. Unjustly murdered in the sixteenth century, a second chance at life depends on this woman. The Druids grant them the twelve nights of Yule to find love and save Cael’s soul. Will a trip through time and the treachery of enemies make the sacrifice too dear?

~Dawn Marie
Posted by Dawn Marie Hamilron at 10:59 AM 1 comment:

I enjoy writing stories, but I love to read. So I thought it would be fun to share the books I enjoyed reading most during the year. Since I started my writing journey, the number of books per year has lessened considerably, which makes each read that much more precious.

Although my preference is historical and paranormal romance, in 2019 I enjoyed several contemporary romances, too. Here are the books/series I enjoyed most...


The All Souls Trilogy by Deborah Harkness


My niece brought these books to my attention. I enjoyed the whole series plus the companion novel, but my favorite was the first story—A Discovery of Witches. 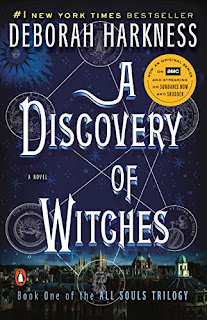 In this tale of passion and obsession, Diana Bishop, a young scholar and a descendant of witches, discovers a long-lost and enchanted alchemical manuscript, Ashmole 782, deep in Oxford's Bodleian Library. Its reappearance summons a fantastical underworld, which she navigates with her leading man, vampire geneticist Matthew Clairmont.

Find A Discovery of Witches at Amazon.

I discovered this series while judging a contest. I look forward to each new release from this series and the spin-off series—The Dogmothers. If you like romance and dogs these books are great reads. This year's favorite was the last book in the Dogfather series—Old Dog New Tricks. 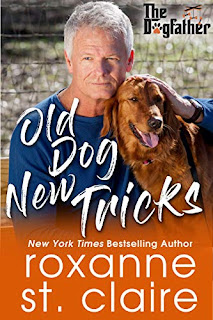 Daniel Kilcannon, the veterinarian known as the Dogfather, has been widowed for four years. He's spent the time running the largest canine rescue and training facility in North Carolina and pulling some strings to make sure each of his six grown children find a love like the one he lost when his beloved Annie died.

But as the years slip by, Daniel's vow to never love again is starting to make him restless. When a woman who was pivotal to his past arrives in Bitter Bark, he wonders if her appearance is coincidence or the guiding hand of his dearly departed wife...but the truth is neither. She's about to change his life in ways he could never have imagined. And Daniel isn't sure if his heart — or his family — will ever recover from the impact.

Diamonds in the Rough Series by Sophie Barnes


Here is another series I discovered by judging in a contest. I've enjoyed many of the stories in the  series, my favorite—A Most Unlikely Duke 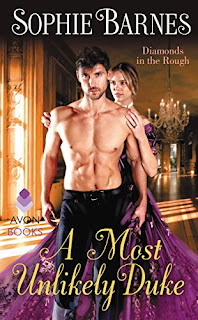 He never thought he'd become a duke, or that the secrets of his past would cost him his greatest love...

Raphe Matthews hasn’t stepped foot in polite circles since a tragedy left his once-noble family impoverished and in debt. The bare-knuckle boxer has spent the last fifteen years eking out an existence for himself and his two sisters. But when a stunning reversal of fortune lands Raphe the title of Duke of Huntley, he’s determined to make a go of becoming a proper lord, but he’ll need a little help, and his captivating neighbor might be just the woman for the job…

After her sister’s scandalous match, Lady Gabriella knows the ton’s eyes are on her. Agreeing to tutor the brutish new duke can only lead to ruin. Although she tries to control her irresistible attraction to Raphe, every day she spends with him only deepens her realization that this may be the one man she cannot do without. And as scandal threatens to envelop them both, she must decide if she can risk everything for love with a most unlikely duke.

Find A Most Unlikely Duke at Amazon. 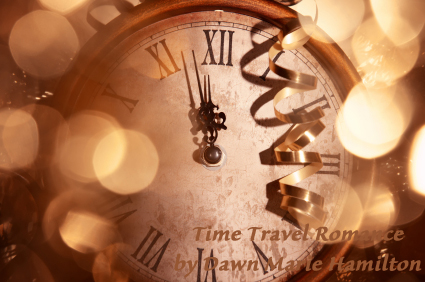 Wishing you and your family a safe and healthy New Year!