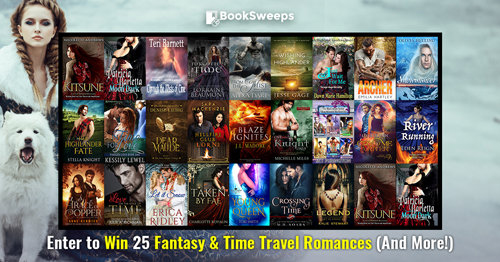 I’m excited to share I've teamed up with 25 fantastic authors to give away a collection of fantasy & time travel romances to 2 lucky winners, PLUS a brand new eReader to the Grand Prize winner!

Oh, and I need to mention you'll receive a collection of FREE ebooks just for entering? Cool! Right?

You can win my novel Just Wait For Me from the Highland Gardens series, plus books from authors like Jessi Gage and Livia Quinn. 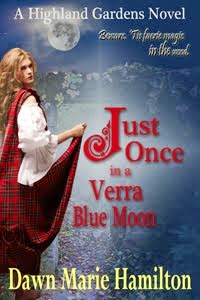 
He fell. The sensation of weightlessness overcame him. Changing colors swirled around in slow motion, flashing and dulling erratically. His mind separated from his physical body. He watched, as if from another realm.


Falling downward, down…down…down, into a black expanse of nothingness. All color faded from existence. His mind merged with the dark. Blackness surrounded him, enveloping him, frightening him. He thought to scream, but the sound choked on the lump in his throat.


The speed of his descent increased.


He sped toward a narrow opening, and once there was sucked through into a dull gray sky. Still, he fell.


His body took on weight, becoming heavier as he dropped. He slammed hard against the water and plunged into the cold, murky depths.
~Dawn Marie
Posted by Dawn Marie Hamilron at 7:34 AM No comments:

I'm excited to participate in this awesome giveaway hosted by the authors of Romancing Yesteryear. Over fifty books and a Kindle Fire to the winner. Just Wait For Me from the Highland Gardens series is included in the Grand Prize package.

~Dawn Marie
Posted by Dawn Marie Hamilron at 6:57 AM No comments: