Here is another sneak peek into Just Beyond the Garden Gate. Again, I selected an excerpt by randomly opening the book. Today's post is from pages 172/173. Laurie is storytelling to entertain Patrick while he recuperates from an injury...

“Let’s see, where were we? Oh, yeah. Our heroine and her companions are greeted at the gate by a horse of another color. As they travel through the city in a grand carriage, the horse’s coat changed from blue to green to yellow to orange to red.”

Patrick leaned against the pillows and allowed her sultry voice to flow over him, into him, to heal him. He’d nearly fallen into a doze when he noticed a change in her tone.

“She clicked the heels of her ruby slippers together and said the magic words and woke in her room at home as if from a dream.”

Laurie’s words cut deep. “Is that what you hope will happen? That you will wake and all of this…” Patrick waved his arm, “was nothing more than a dream?”

“I am sorry, lass. You dinnae deserve my rancor.” Of course, she still wished to go home. He hadn’t given her a reason to want to stay.

Here is another sneak peek into Just Beyond the Garden Gate. Again, I selected an excerpt by randomly opening the book. Today's post is from pages 130/131. The clan brownie has been imprisoned in the Sands of Time...

Munn sat on a large flat rock at the side of the still pool. Leaning forward, his elbows resting on his knees, his chin on his hands, he gazed at his reflection in the turquoise water. Discouraged was he. He tried and tried to find the right string of sounds and images to release himself from this dreadful place. But here he still was—a failure. He’d let down his clan and his chief. “Ach,” he cried. “What to do?”

The tranquil water turned turbulent before his eyes. His reflection shattered and vanished. A whirlpool appeared where his image had been, foam swirling on the surface. He fell back in fear. However, his curiosity got the better of him. He leaned forward, once again, to look into the water. The pool calmed and turned an inky black.

Unable to see his likeness any longer, he thought to run away. Instead, he froze in place when the water again swirled. The murkiness cleared, the water became translucent. From the depths in the center of the pool appeared a bright white light. It spun, rising toward the surface, then expanded and changed. Soft blues and lavenders mixed with the white, slowly swirling, coalescing into the image of a woman.

Munn stared in awe at the most beautiful woman he’d ever seen. Her face shone bright with an iridescent glow, mesmerizing to behold. She rose from the water, her magnificent raiment clinging to her sumptuous form, clothed as she was in a spun silver diaphanous gown. She was superbly fashioned, tall and lissome, her skin a pale opalescence. Her glorious silky hair, a brilliant white gold, caressed her shapely curves, falling to her feet in glimmering curls. As she moved, her hair and skin glistened with a fine dusting of silver powder.

Entranced by her dazzling blue eyes, Munn couldn’t glance away. “Who are you?” His words came out a croak.

**Today is the last day to enter the Goodreads giveaway for UK readers for a trade paperback of Just Beyond the Garden Gate. Click here.
For more Sneak Peek fun, check out the other participating authors by clicking the link below.

Click here
to join in the fun
and hop along
with Sneak Peek Sunday.
~Dawn Marie
Posted by Dawn Marie Hamilron at 12:00 AM 2 comments: 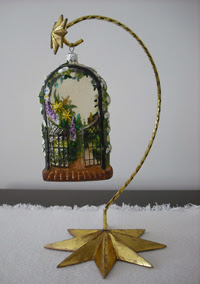 Christmas decorations are put away, but I couldn't resist keeping out and displaying this garden gate ornament as a harbinger to spring.

Hope you're having a wonderful January.

#Giveaway at Night Owl Romance - "Just Beyond the Garden Gate'

Brrrrr! It's cold outside.

Do you need a good read to cuddle with by the fire? I have a giveaway going on at Night Owl Romance. Stop by and enter to win an e-book copy of 'Just Beyond the Garden Gate'.


~Dawn Marie
Posted by Dawn Marie Hamilron at 7:13 AM No comments:

Here is another sneak peek into Just Beyond the Garden Gate. I selected an excerpt by randomly opening the book to pages 126/127. Laurie wants desperately to return home...

Laurie closed her eyes and said a silent prayer. She felt nothing. Spinning around in a circle, she still felt nothing. Sitting down, there was nothing. No tinkling sound. Not even the mere hint of an exotic scent in the air. There was no impression of unnatural energy, nor unusual surge of power. No bright, white light, nor kaleidoscope colors.
There was absolutely nothing out of the ordinary.
Elspeth and Aine continued working, collecting plants a short distance away. The guardsmen paid little attention to Laurie, intent on watching for trouble.
Several hours passed with her sitting on Patrick’s plaid in the center of the knoll with nothing happening, at least, nothing magical. She couldn’t concentrate. Her thoughts strayed, her mind’s eye seeing Patrick. She imagined him walking toward her, through a wildflower meadow, his gait determined. His chestnut hair pulled back in a tight queue. His hungry, dark eyes sought hers. As he neared, her heart raced. She wanted to reach out and touch him.
Then his image faded.
Stop it, her mind screamed. She glanced around the knoll, chills raced along her spine. It was imperative she stay focused on the task at hand, not dream about the man who made her heart throb erratically. She couldn’t allow her purpose to cloud with her attraction to Patrick. Staying wasn’t an option. She needed to go home. 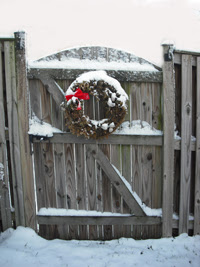 A dusting of snow adds beauty to a simple gate.

What magic exists beyond the garden?

Grasp the fantasy. Embrace the romance. Dare to dream! 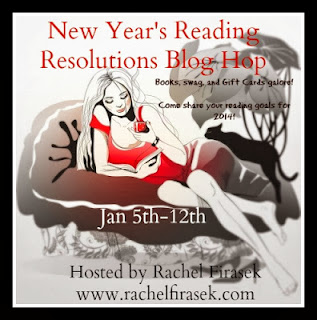 Hello. I've joined with several other authors to discuss Reading Resolutions for 2014 and to giveaway prizes. So hop along with us and share your resolutions and enter to win prizes...

If you dropped by for Sneak Peek Sunday, click here. However, I hope you'll join the hop first.

I'm afraid I didn't make a reading resolution for 2013 and didn't count how many books I read. But here are my top three picks in no particular order. 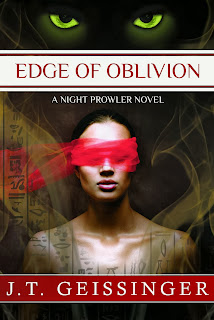 Love this series by J.T. Geissinger. Edge of Oblivion was a 2013 RITA® Finalist for Best Paranormal Romance. 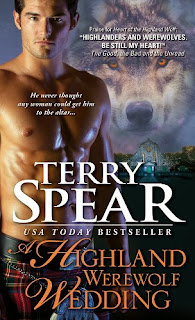 Another series with shifters of which I can't get enough comes from USA Today Bestselling author Terry Spear, A Highland Werewolf Wedding. And the Highland wolves are the best of the pack! 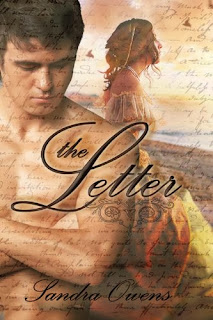 A new author on my must read list is Sandra Owens, a fellow 2013 Golden Heart® Finalist. I enjoyed The Letter so much, I immediately purchased the second book in the series.

My resolution for 2014 is to spend more time crafting stories so my Reading Resolution is 50 books.

What were your favorite books in 2013? What is your Reading Resolution for 2014?


Hop to the Next Blog

Woohoo! Sneak Peek Sunday is back. This is where I share six paragraphs from one of my books. Since I have Goodreads giveaways still going on for a trade paperback of Just Beyond the Garden Gate for Canada and UK readers, I thought I would share from that book. Links for those giveaways are at the bottom of this post.

From Chapter Eleven ~ Patrick has requested that Laurie attend to his bath.

Laurie felt the singe of Patrick’s gaze as if he touched her skin with a lit match. Ignoring him was impossible. He leaned against a corner post of the large canopied bed, watching her through hawk-like eyes while she prepared his bath under the gentle guidance of Aine and Elspeth. Laurie squeezed the knobby cloth in her hand until her palms burned. If only she could strangle the arrogant jerk.


Aine bent over the tub, tested the water temperature with her elbow, and inclined her head to Elspeth. “Ready.”


Elspeth clapped her hands then flicked them in front of her, shooing the servants from the room. Aine adjusted a pile of toweling and followed the men out.


“Duncan will remain in the passageway. If you are in need of anything, more hot water, drying cloths, anything, summon him and he will fetch whatever you require.” Elspeth gave Laurie a reassuring nod before she left.


The heavy oak door shut with a loud thud, causing Laurie to jump. The tension thickened to an unbearable level. How had she gotten herself into this uncomfortable situation? Was this what a kidnap victim felt like? Totally out of control?


Only Laurie willingly followed Patrick home after sharing the most powerful kiss of her life. A stranger. God, what was she thinking?
Hope you enjoyed this wee peek into Just Beyond the Garden Gate. Stop by next week for another snippet.
For more Sneak Peek fun, check out the other participating authors by clicking the link below.

Click here
to join in the fun
and hop along
with Sneak Peek Sunday.
Goodreads giveaways:
Canada
UK
~Dawn Marie
Posted by Dawn Marie Hamilron at 12:00 AM No comments:

Even in winter, garden gates lure us to step through...
What magic awaits? 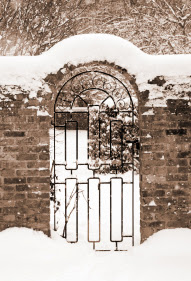 
~Dawn Marie
Posted by Dawn Marie Hamilron at 10:32 AM No comments: