Welcome to the Paranormal Romance Howloween blog hop. I so enjoy this time of year. We keep a lit ceramic jack-o-lantern that I made years ago in the window for the month of October. On Halloween evening, we play spooky music through speakers to the front yard. Last year, I dressed as a witch to handout treats to the kids. I'll do the same this year. And my husband plans to join me, sporting the mask from V for Vendetta. Should be fun. 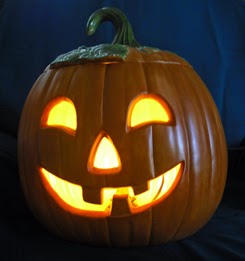 One of the kids who visited last year asked if I was dressed as a vampire. I guess my goth-look witch costume can also pass for a vampire. Do you like vampire stories? Shapeshifters? How about a Highlander transformed into a vampire / Florida panther shifter? 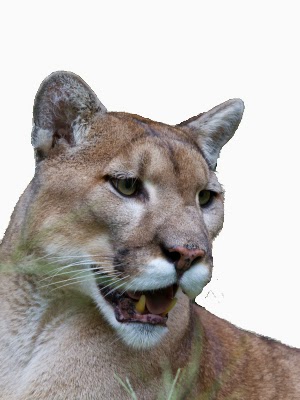 The simple act of returning the woman’s scarf had taken a dangerous turn when their fingers touched. Robert managed to control the vampire by sheer will alone. Nonetheless, the power surge coursing through his veins from the brief contact with the lass awakened the panther. He barely made it to the tall grass on the outskirts of town before being claimed by the transformation.

He chose not to fight the change. He welcomed it with every fiber of his being.

Heart raced. Blood throbbed at his temples and a tortured curse escaped his lips. He discarded his garments and clenched his teeth. Muscles ripped and tendons snapped and bones distorted to conform to the panther’s shape. Coarse golden fur tipped with a reddish tinge rippled over bare skin, making him quiver with urgency.

Nostrils flared, he sniffed the salty breeze. There would be precious few moments for his pleasure before the beast seized complete control.

He darted through the salt marsh, paws sinking into moist earth. His growl sounded out a soul-wrenching lament on the injustice of his life. Robert couldn’t shake the feminine image of the tall graceful woman with brown curls and haunted chocolate eyes. The desire to mate shook him to the core.

Far from the trappings of civilization, he slowed to a rhythmic lope. He hoped no one found the tracks. The headlines would be sensational.

On closer inspection, a zoologist would recognize the smaller pawprints and attribute them to the Florida panther, Puma concolor coryi. Researchers would bombard the foundation with inquiries. His secret would be in jeopardy.

The panther reared its full power and forced away Robert’s human thoughts.

A raccoon moving through the reeds caught his keen gaze. He pounced on the prey. Yet on the fringes of consciousness remained the unquenched desire for his mate.

Here is your chance to receive a gift e-book copy of Sea Panther (Kindle or Nook). Just leave a comment below telling me about your favorite Halloween activity. I'll draw one name after the hop has ended. Good luck!


Thanks for participating in the Paranormal Romance Halloween blog hop. Be sure to check out: Hops with Heart for future blog hops. Now, hop along to some of the other participating blogs...