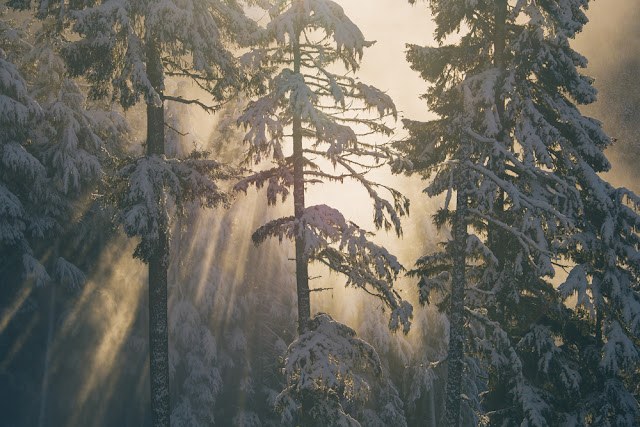 The Winter Solstice is the day during the year with the fewest hours of sunlight. In 2017, in the Northern Hemisphere, it occurs on December 21 at 11:28 AM EST.

There are many myths about the Winter Solstice and its importance to ancient cultures, especially to the Druids. In the Enchanted Highlands stories, we used one of these myths to weave a collection of three time travel romance tales.


From the Enchanted Highlands comes the first of three tales of time travel romance intertwined with the magic of the season and forever love—Twelvetide: Twelve Nights of Highland Magic.
∞∞∞

The sensation of one’s heart plummeting to the bottom of one’s stomach caused Ashley to spin around, hand clutched over her chest. Psshh. She released a sharp breath. It was only the woman she’d met in the garden as a child. The one who’d looked like the tour guide, yet not. The one who claimed to be a light-bearer. The one who went by the name Aileen.

Though it seemed foolish even to Ashley, she felt compelled to answer the woman’s question. “My destiny.”

“Tall order. Do you ken where that may lead?”

“If I knew, would I be standing here hours before the solstice, in the freezing rain, trying to find a ghost that may or may not exist?”

Too antsy, Ashley hadn’t been able to wait until the morning solstice. Instead of walking to the manor house for dinner, she’d taken a lantern from the cottage and cut across the car park. With fumbling hands, she’d used the key Cael gave her years ago to gain entrance to the locked ancient garden. Not a key to his heart—a key to the garden. The gate had probably been thusly secured since she’d sneaked in as a child.

Not moments after entering the garden, sleety rain began. Omen?

“Probably not.” Aileen rubbed her chin. “Then again…” The woman frowned. “I’m afraid the veil is rather thick this year. So few believers.”

“Believers? What do you mean?”

“Those who embrace magic.”

“What does magic have to do with Cael?”

Ashley had dreamed of Cael since the age of seven. First as a playmate, then as a co-conspirator, and more recently as a lover. If memory—and dreams—served, he was hot, sexy, and to live for. Long blond hair framed emerald eyes, gorgeous hair tumbled over broad shoulders. Tall. At least, he’d towered over the child she’d been. He stood tall in her fantasies. Her nipples hardened in response to the recollection of the last steamy dream featuring Cael as hero.

“You must believe in magic, in all its forms, to save Caelan from an undeserved fate within the in-between.”

She snapped attention back to Aileen. “Tell me what I must do.”

“Do you believe? Truly believe?”

“Your heart, your soul, your mind must be dedicated. Especially your heart.”

She’d lost her heart to Cael a long time ago. She’d do whatever it took to find him and learn what he meant when he claimed to be her destiny. She prayed he spoke the truth.

“There will be dangers.” Aileen’s earnest features put a knot in Ashley’s already churning stomach.

Ashley nodded. “I must find Cael. I promised.”

“Ach, well, then collect nine leaves from the holly tree.” She pointed to a berry-laden tree at the garden’s edge. “Prick your finger on one of the leaves, leaving behind a droplet of blood. Wrap the leaves in linen and add a teardrop. Tie the cloth with nine knots and tie the ends together in a lover’s knot. Place the packet beneath your pillow tonight and your dreams will come true within this ancient garden at the hour of the solstice.” 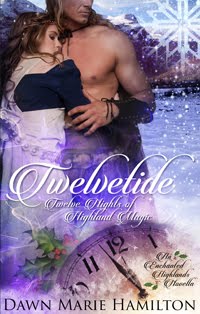 Hope you enjoyed the excerpt from the novella Twelvetide: Twelve Nights of Highland Magic.


Other books from the Enchanted Highlands Holiday Collection: