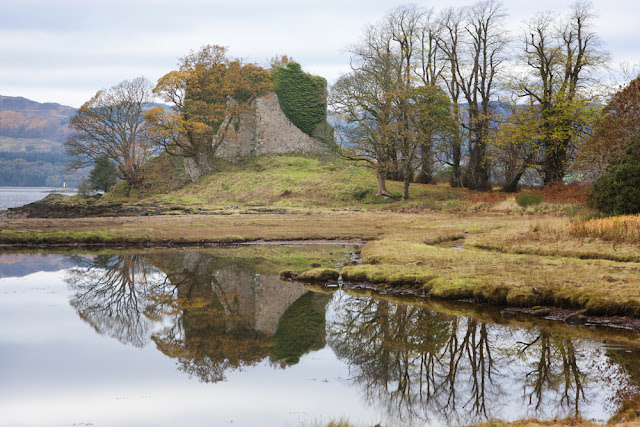 This week's except is from the novel that started the series. Just Beyond the Garden Gate, the first tale in the Highland Gardens series. e-Book on sale now through February 21 for a mere 99 pennies...
∞∞∞

Laurie worried her bottom lip. She’d spent the afternoon in the great hall with only Alexander Campbell as companion. They sat before a glowing fire in chairs with soft sapphire cushions. Patrick left her in the other man’s care after placing a fur across her lap for warmth. He’d given her a kiss and went off to find the priest.

She shifted her weight on the cushion. Although Patrick corroborated her story, she doubted Alexander believed she came from France. Elspeth’s fiancé made her nervous. He had the tendency to ask probing questions she couldn’t answer.


Whenever Alexander was alone with her, he watched her with his all-too-knowing stare. “You ken there are many legends about the caves of the gray women.” He stared at her as a scientist would an insect under a microscope. As if, he wanted to learn her every secret.


Laurie frowned. The caves were eerie. “There was an old, gnarled woman in the cave with me. Did you find her when you rescued me?”


That was stupid. When would she learn to keep her mouth shut? Each time she spoke, she encouraged him.


“Nae. Nary a soul was there besides you. Everyone else disappeared into the blasted fog.”


Laurie rubbed her hand along the fur in her lap, the sensation comforting. “The old woman came often to tend my wounds. Although there was something unusual about her, she treated me kindly.”


“Mayhap she was one of the infamous gray women—the witches of the caves.” Alexander’s eyes twinkled as if he teased. Still Laurie sensed something else, something unnerving.


She continued to stroke the fur. “No, I don’t think so. Yet it was quite odd, actually. There was something very queer about her. She had the most intense green eyes. I’d the strangest sense I knew her before, but in a different form, as someone else. The idea was disconcerting.”


Alexander had a knack for getting her to say things she didn’t want to say, confide her deepest thoughts, voice her fears.


“The woman who came to enlist us in aiding you was verra beautiful with exquisite green eyes.” He watched Laurie closely. “She told us her name was Caitrina.”


“No.” She shook her head. She couldn’t admit it. How would she explain Caitrina? She couldn’t tell a medieval man she believed in faeries. Or that Caitrina was a faerie from the twenty-first century. 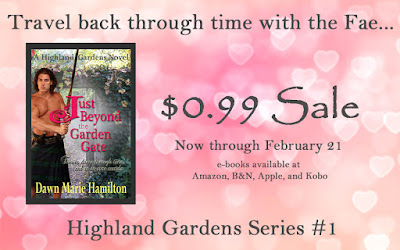 ~Dawn Marie
Posted by Dawn Marie Hamilron at 10:44 AM